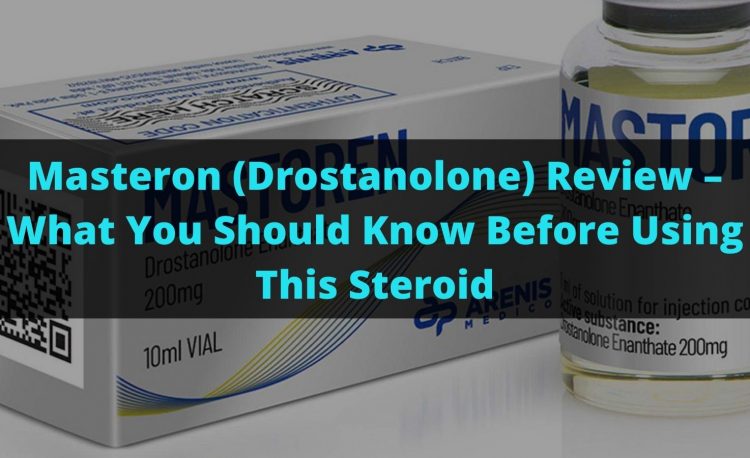 Drostanolone or Masteron is an exotic androgenic steroid of the dihydrotestosterone group that was never marketed. Masteril was the brand name when it was first developed and was used then to help treat breast cancer. Being that this compound is derived from dihydrotestosterone, or DHT, it does not aromatize. Aromatization is the process of a compound being converted to estrogen in the body. Masteron is a very useful steroid because of this benefit.  Many bodybuilders use it for preventing the aromatization of other steroids that are known to convert into estrogen. It is considered a medium or mild strength steroid and is distributed under the brand name Masteron now. The steroid comes in two variants: Propionate and Enanthate. Once you become more familiar with this steroid, you can decide whether you think Masteron is worth buying.  One important piece of information to remember is that Masteron is considered a cosmetic steroid. This means that if an individual’s body fat percentage is not already low (sub 10%), results are often disappointing.

Why Do We Recommend This Steroid for Bodybuilders?

The basic benefits of both esters include a leaner and harder physique. It is known by many as a cosmetic drug and really adds polish and shine to an already toned body. Although it is considered a mild anabolic steroid, Masteron has many positive benefits when it comes to the overall look of the athlete or bodybuilder. It is highly favored for its ability to produce solid muscle mass and strength and reduces the level of body fat (if the individual’s body fat is already sub 10%). As we’ve already indicated, the benefits of Masteron will only be experienced if the individual is toned, lean, and eats clean. This steroid has the ability to draw out excess water and promote the look of thinner, drier skin. Masteron may also slightly improve recovery. This steroid can also be beneficial to runners and athletes that have to remain in a certain weight class. Masteron has always been and will continue to be a very popular and widely used anabolic steroid.

Related Post:  What are the Benefits of Injectable Steroids?

Read also about masteron vs winstrol 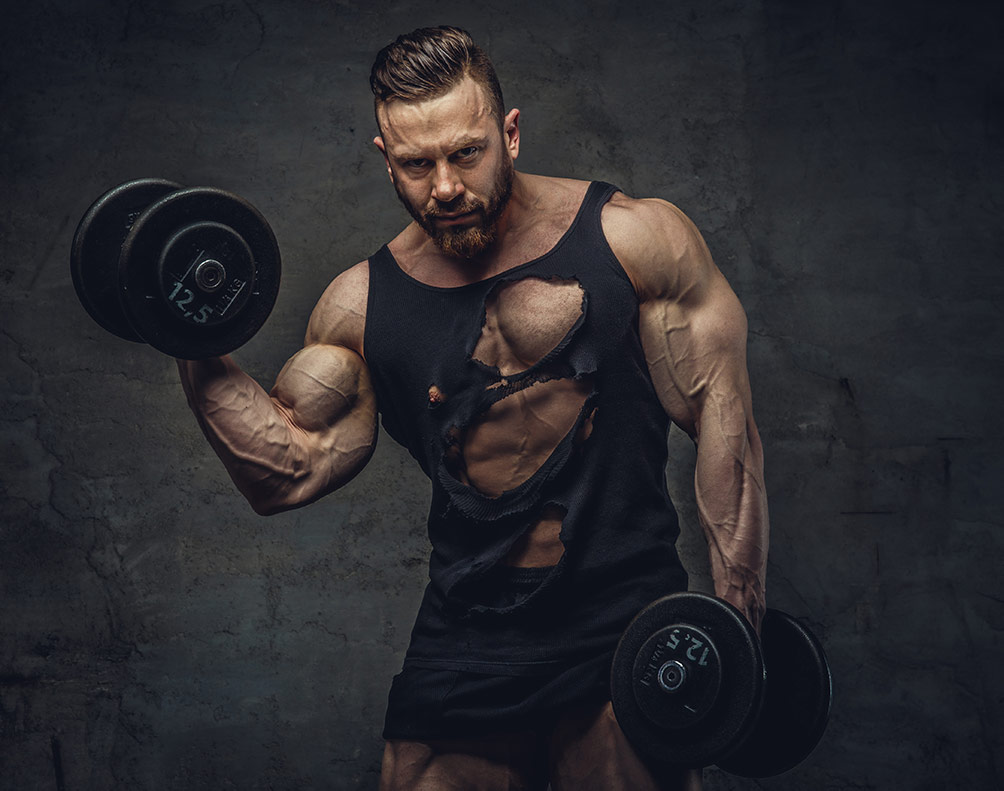 The length of Masteron cycles will usually fall in the range of 8-10 weeks.  This is mainly due to its short ester nature. It is common for bodybuilders to use Masteron only within the final 2-4 weeks of a cycle leading up to their competition or even photoshoot. Some users will choose to run this steroid for longer periods of time, even up to 20 weeks. These cycle lengths are not only for the male athlete but are also for women who choose to use Masteron.  Experienced steroid users know how important it is to put a Masteron cycle together for maximum benefits and enhanced results.

When taking Masteron by itself, the gains made will be very slow and steady but will fall short of being impressive. But due to the relative absence of side effects and its lack of estrogenic action, it may be suitable for beginners who want a gentle introduction to using anabolic steroids.  Remember that when beginners use Masteron they may end up being disappointed with the results. This can be due to the fact that they have not put as much hard work and training into someone who has run more steroid cycles and is considerably lean with noticeable muscle definition.

Masteron is one of the most popular steroids used by bodybuilders and athletes. This steroid provides countless benefits to those who choose to cycle with it. Before we jump into cycles of Masteron, we feel that it’s important to give you a little explanation of the steroid.

Masteron is an oil-based steroid that is given by injection. It was developed as far back as the 1950s but didn’t hit commercial markets until the 1970s.  This steroid is considered cosmetic and is said to add polish and shine to an already lean, toned physique. There are two types of this steroid Masteron Propionate and Masteron Enanthate. The propionate version of Masteron is much more popular in the fitness industry. It works faster than the enanthate version and is injected more frequently.

Masteron is a steroid widely known for its cutting effects; therefore, if you are looking to bulk-up, this is not the steroid to incorporate into your cycle.  If you decide to use Masteron Propionate, it should be combined with other short acting esters such as Testosterone Propionate and NPP. When using Masteron Enanthate it should be used with longer esters such as Testosterone Enanthate or Cypionate and Boldenone. 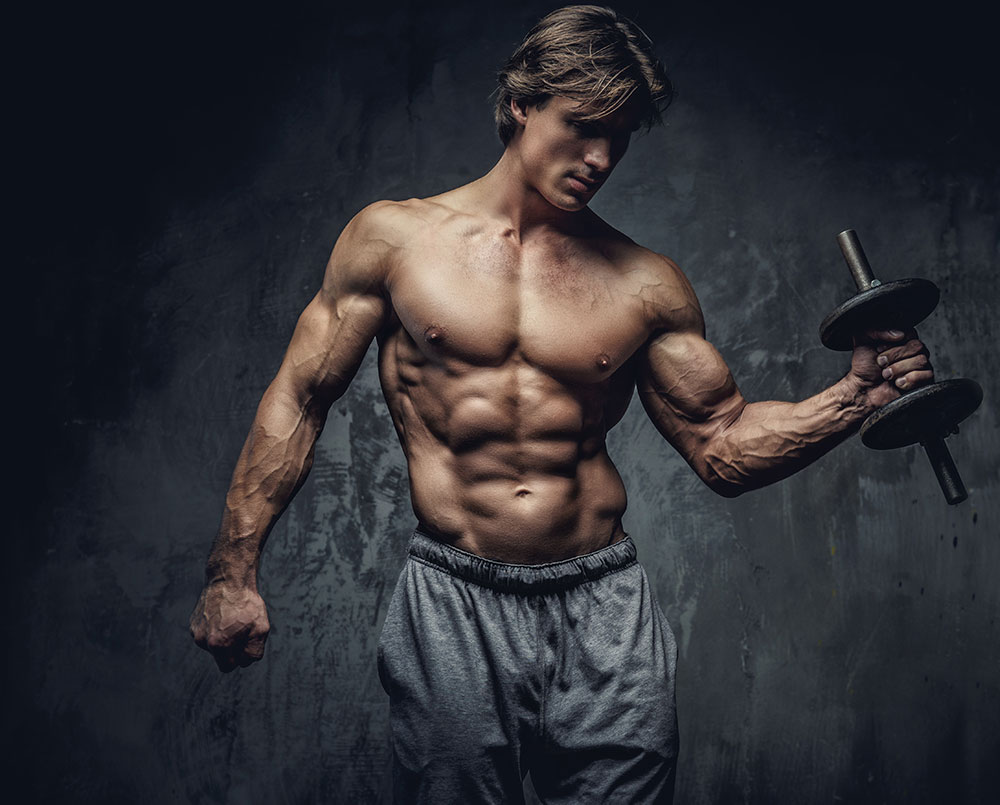 When taking Masteron the gains made from it will be very slow and steady. Due to the relative absence of side effects and its lack of estrogenic action, it may be suitable for beginners who want a gentle introduction to using anabolic steroids.

Buying Masteron really shines when it comes to muscle hardening effects. Muscle density also increases from injecting this steroid.  Because this steroid will help reduce water retention in the body, the skin will appear thinner causing muscles to look fuller and more defined.

Post-Cycle Therapy or PCT is a method used by anabolic steroid users to speed up the hormonal recovery of their bodies after a cycle. Typically, choosing to run PCT is a much more sensible way of recovering after a cycle and will benefit your body in the long run (especially if you continue to cycle with steroids). Cycles of PCT last four weeks and the most common drugs used are HCG, Clomid and/or Nolvadex.  Experienced steroid users choose either Clomid or Nolvadex (based on personal preference).  Larger doses are recommended for the first two weeks of PCT followed by lower doses for the last two weeks.  Running high doses for the entire four weeks of PCT will increase your risk of side effects from Clomid or Nolvadex.

Related Post:  Anavar Cycle and Results - All Bodybuilding Rolled Into One

What to Expect from PCT

While running PCT some users may experience mood swings and a decrease in the ambition to hit the gym as hard as when running your cycle of steroids. It is important not to get discouraged but to give your body the time it needs to rest, regroup, and recharge for the next cutting or bulking cycle.

Overall, Masteron holds a special place in the minds and cycles of experienced steroid users including bodybuilders and athletes who compete on a regular basis. While this steroid is considered to add polish, shine, and the finishing touches to an already chiseled body, it can only benefit those who really want to stand out in the crowd (or on stage).  Using Masteron by itself is not as effective as using it alongside other steroids.  But for those who are lean and toned and are new to the steroid world, it can make some noticeable changes to the body.

12 Comments to “Masteron Cycle – Before and After Effect and Benefits”